There was no change among the world's top five cargo gateways in 2018 but there was movement further down the table, reported Airports Council International.

There was no change among the world's top five cargo gateways(Air Cargo Tracking) in 2018 but there was movement further down the table, reported Airports Council International.

But among the smaller gateways, Los Angeles jumped three places from 13th to 10th this year and Doha International advanced five places from 16th, last year, to 11th.

Rockford in the US was the fastest-growing airport in 2018 for airports that handled more than 250,000 tonnes of cargo, thanks to the expansion of its e-commerce business for online retail giant Amazon, which helped traffic grow 56.6%. 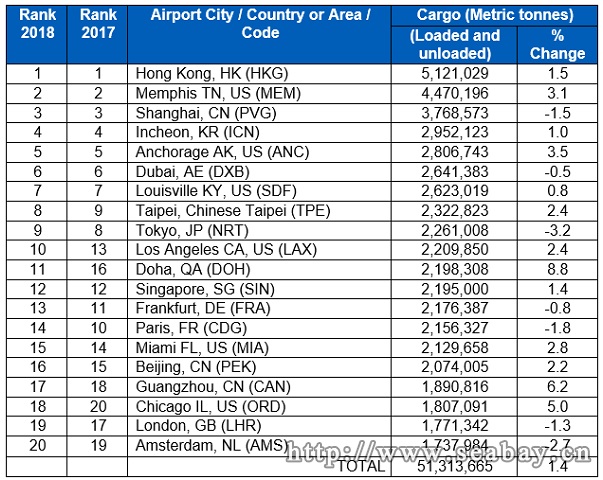